The Steel Industry in the Midwest Centerless Grinding

Over the span of its long history, the American steel industry has experienced a lot. From its ascension after the Civil War to its decline in the second half of the twentieth century to its present state, which includes new laws that have triggered a global trade war. For decades, steel has become the backbone of our great nation’s innovation and economic prosperity.

The steel sector in the United States now employs about 150,000 people and affects the lives of countless Americans. Steel is the world’s most recycled metal, with over sixty million tonnes recycled each year. That is greater than the sum of aluminum round bar stock, copper, glass, plastic, and paper.

But how did this all start? What were the reasons behind its fall? And what’s the industry’s future hold for our nation? If you desire to understand the current situation of American steel, you have to know the answers to all these questions. 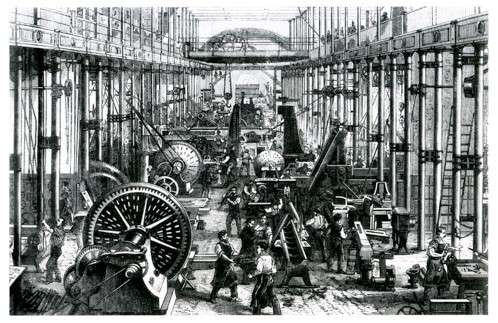 Steel fabrication did not become a significant industry till the nineteenth century when technological advancements made manufacturing inexpensive, and the product’s quality significantly improved. Rich reserves of iron ore surrounding Lake Superior, as well as abundant coal within Pennsylvania, allow the Midwest to emerge as an industrial hotbed in the United States.

From 1880 to the end of the decade, steel production increased from 1 million to almost 10 million tonnes per year. By 1910, the United States manufactured 24 million tonnes per year and became the largest steel manufacturer. Stainless steel bar stock and aluminum round bar stock contributed to the rapid development of American towns, bridges, railways, and industries owing to significant technological advancements from the brains of a few brilliant inventors.

After WWII, the steel sector grew at a breakneck speed. No other industry throughout history had such power or influence. The world was ravaged by war, so steel round rod was in higher demand than ever. Bomb attacks had damaged foreign mills, and while towns in Asia and Europe rebuilt, US cities continued to grow gradually.

Americans were creating steel such as steel round rod, aluminum round bar stock, and stainless steel bar stock in unprecedented quantities, and by 1940, they had produced more than 50% of the globe’s steel. During the 1950s, the American steel industry continued to expand, employing approximately 700,000 people and reaching a maximum output of approximately 141 million tonnes of steel in 1969.

These were unquestionably prosperous days for both the steel sector and the country. The nation was thriving, the economy was booming, and the American Steel Industry’s future seemed bright.

The Great Era Comes to an End and US steel midwest

Steel production rates around the world increased steadily throughout the twentieth century. It increased from 28 million tonnes per year to 781 million tonnes. While the United States contributed significantly to the increase in output during this timespan, at the end of the twentieth century, America was manufacturing roughly 6% of the steel as steel round rod and stainless steel bar stock.

What happened to the world’s most successful industry?

As rapidly as the American Steel industry rose to prominence, it dwindled until it was practically extinct. It is mainly because of a highly efficient steel-making technology. The continuous casting enables the basic oxygen furnaces (BOF) to consume less effort, energy, and labor as compared to the open-hearth furnaces (OHF) used in the industry’s peak days.

Foreign competitors who had previously been bankrupt were now constructing large factories and applying these new techniques. It provided them with the competitive advantage required to manufacture round ground metals into finished products at a higher rate while reducing expenses. The expense of closing down and upgrading existing equipment into the new one was exceedingly unpleasant for most of the country’s large factories. American mills that have been once industrial powerhouses gradually ran out of money and closed.

Production has become more efficient as a result of technological improvements. Steel mills in the United States have shrunk from 700,000 jobs in 1960 to barely 83,000 presently. And worker productivity has also increased five times in the past 40 years.

The US economy began to transition, shifting away from producing goods and service-oriented businesses. Industries including journalism, technology, and banking aided in turning the flow and bringing the Great Era to an end.

Imports have had a more significant impact on the steel sector than any other industry in the state. As we entered the twenty-first century, the country’s steel supply was entirely dependent on imports. In reality, while manufacturing a small proportion of total steel production, America became the world’s largest importer of steel. The shift from “largest exporter” to “largest importer” is an example of how swiftly the global economy was changing.

In addition, the majority of steel produced in the United States is currently manufactured in mini-mills. This small-scale steel mill employs scrap round ground metals as a material. Although this technology is less expensive and more environmentally sustainable than the previous way, Americans will not be able to meet the country’s steel needs unless they produce steel directly using iron ore.

Future Of Steel Industry In Midwest 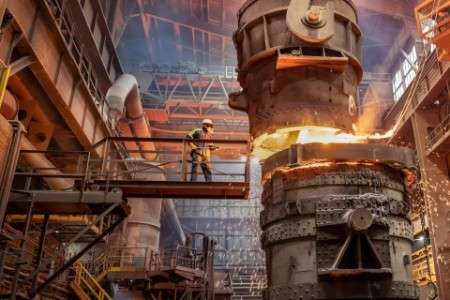 Steel is a material that has been existing quite an extended period. However, almost 75% of the steel types, such as stainless steel bar stock, were produced in the past 20 years. The procedure is now significantly less labor-intensive and much more reliant on technology. These significant developments in the sector have been powered by technology. We’ve come a long way in minimizing the energy levels necessary for manufacturing. Since 1990, the steel industry has cut its energy consumption by 32% and reduced its greenhouse emissions by 37%. Due to the technology developments, safety has also considerably improved.

Considering everything that the Midwest steel industry has witnessed over the years, the political and economic repercussions, and future developments, there are several grounds to be optimistic about the industry’s future.

Since the need for infrastructure and grade materials rises, the need for thinner and more robust round ground metals also increases. In terms of production volume, the American steel industry holds potential for development, and we feel that as innovation improves and impacts the future, the steel industry will get stronger and flourish.

Steel is the backbone of the American economy and provides materials for skyscrapers, bridges, railways, and the automotive industry. It is an essential element of American life. The steel sector continues to increase its potential to deliver high-quality goods to satisfy the ever-changing landscape domestically and worldwide.

O’Hare Precision Metals, with its team of professionals and efficient and modern technology, prides its abilities on providing a wide range of precision grinding services for its customers. O’Hare Precision Metals, LLC also delivers round ground metals and ground bar products such as steel round rods, stainless steel bar stock, and aluminum round bar stock to fulfill the rising demand of customers.

Get Our Latest Updates