What Makes the Strongest Metal?

Steel is one of the most common metals, and it is also one of the strongest metals. It can be cut with precision, making it perfect for many applications. 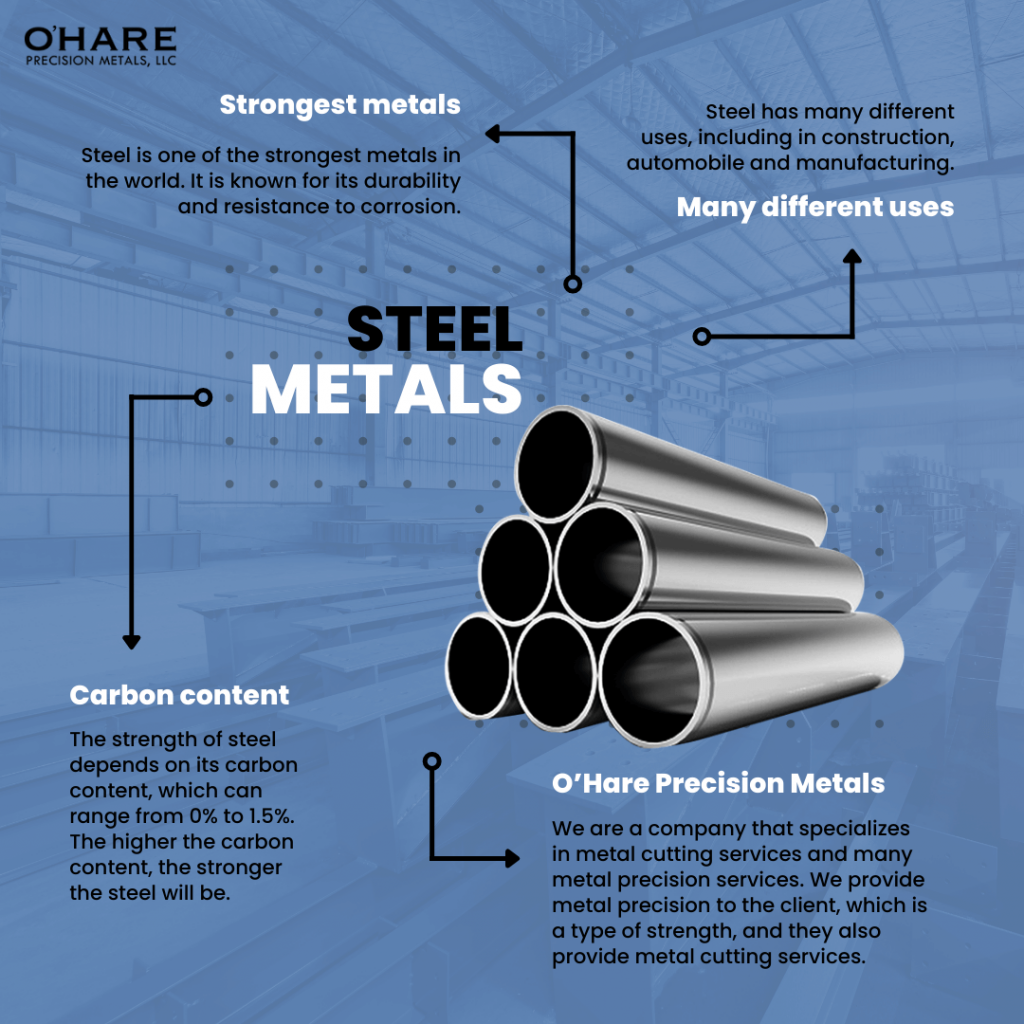 What is Steel Metal Precision? 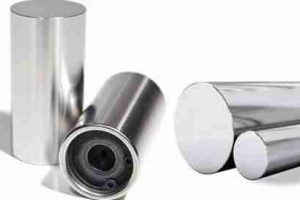 Steel is one of the world’s most commonly used metals. It has been around for centuries, with the first known production dating back to 1200 BC in India. Steel has many different uses, including in construction and manufacturing. It is made by combining iron and carbon to form an alloy. When you add other elements such as nickel or chromium, you get alloys that are stronger than steel but less durable than pure steel.

How to Choose the Best Metal Cutting Services for Your Needs

1) When it comes to strength, steel is known as one of the strongest metals available in the market today. Steel is used in a variety of applications from construction to automobiles. It has been around since the 1800s and is still being used today because it’s so strong and durable.

2) When you need precision, aluminum is an excellent choice because it does not corrode or rust as other metals do. Aluminum also has a lower weight than steel and can be used in more lightweight applications like airplanes or cars.

Metal is a metal alloy that is composed of a mixture of two or more elements. It is typically hard, shiny, and has good electrical and thermal conductivity. Metals are used in a variety of applications including construction, transportation, electronics, and manufacturing.

There are many different types of metals available to consumers with different properties. The type of metal you choose will depend on the application it will be used for and the needs it will fulfill.

The 10 Strongest Metals That You Can Get In The Market

Metals are one of the most important resources available to humans. They are used in a wide range of applications, from construction to medical equipment. Unfortunately, not all metals are created equal. Some are stronger than others and some can be produced at a lower cost than others. 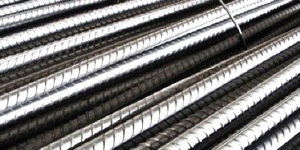 Metals are an important part of the construction industry. They are used in the production of buildings, bridges, and other structures. Metals are also used to make a variety of products such as furniture, kitchenware, and vehicles.

Here is a list of the 10 strongest metals that you can get in the market:

1) Titanium – Titanium is one of the strongest metals because it has high tensile strength and low density. It is also resistant to corrosion and has excellent biocompatibility for human tissue integration. This metal is used in many different applications, such as aerospace engineering and biomedical implants.

2) Tungsten – Tungsten is one of the strongest metals, and it is used in a variety of applications. Tungsten has a melting point of 3,410 degrees Celsius and the highest tensile strength of any metal. It can withstand high temperatures without oxidizing. It is also chemically inert, which means it does not react with other chemicals.

4) Iron – Iron is a metallic element. It is the most common metal in the Earth’s crust, and it is used widely as a building material. Iron is the strongest metal that we have today. It can be used to make buildings, cars, weapons, and more. Iron has been used for thousands of years and will continue to be used because it is strong and reliable.

6) Vanadium – Vanadium is a strong metal with a high melting point, which makes it perfect for industrial and military applications. Vanadium is a strong metal that has a high melting point. It is perfect for industrial and military applications because of its strength, but can also be used in the construction industry as an alloying agent. Vanadium is also used in the production of titanium alloys which are strong, lightweight, and corrosion resistant.

7) Tantalum – Tantalum is a metal that is used in the manufacturing of electronic devices. It has a high strength-to-weight ratio and it can withstand high temperatures. It is very important in the manufacture of smartphones, tablets, laptops, and other electronics. The strength of Tantalum lies in its ability to resist corrosion and its high melting point. It also has a low density which helps it to be used in lightweight equipment like laptops.

9) Zirconium – Zirconium is a chemical element that is part of the platinum group. It has the atomic number 40 and its symbol is Zr. It is a strong, corrosion-resistant metal that has a high melting point of 1828 degrees Fahrenheit. It has been used in many applications such as in nuclear reactors, laboratory equipment, and aerospace parts because it can withstand extreme temperatures and corrosive substances.

10) Lutetium – The strongest metal is Lutetium. It is a metal that is used in the aerospace industry, in electronics, and as a neutron absorber in nuclear reactors. It has the highest melting point of all metals, at 3,415 degrees Celsius (6,192 degrees Fahrenheit). It also has the highest density of any metal.

Conclusion: The Strongest Metal Precision That you Should Use

Plus, we have been providing metal precision to clients for years now. We are always looking for new ways to improve their service and make it more accessible to their clients. You can ask with no hesitation about any metal-related question you have in mind. Contact now and get metal cutting services and more!

Get Our Latest Updates